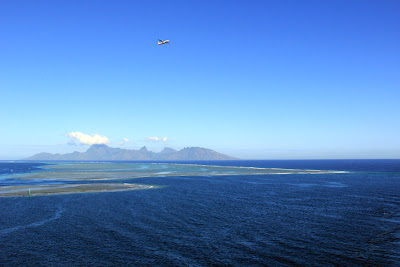 Tahiti beautiful yes but...
...I’m sorry to disappoint all of you that have heard so many great things about Tahiti. I was one of them and like many on board could not wait to get there. And like many on board, both crew and guests we came away with a bitter taste in my mouth.
Speaking for my shipmates that I go ashore with and myself everyone was extremely rude, from the taxi driver to the waiter to shopkeepers that we encountered. I hate to say it but it was the French, they were all the “stereotypical French” that you always hear about. They were rude, nasty and thought they are doing you this great favor in every situation including if it was just a question you were asking them.
The only people that were not were the actual native Polynesians themselves. Those that worked at the resorts or beaches we went to were very helpful and pleasant.

Tahiti was also extremely expensive. The first place we stopped and tried to go to the beach one of the workers at the hotel told us it would be $77 per person to go into the ocean! 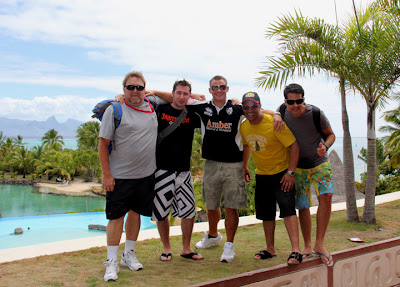 $77 per person to go to the beach....next....
Needless to say we went to a hotel just down the beach where going into the ocean was actually free. We did however enjoy drinking $6 beer while sitting in the ocean that they actually brought right to us. We were also able to enjoy using the resorts pool…free. 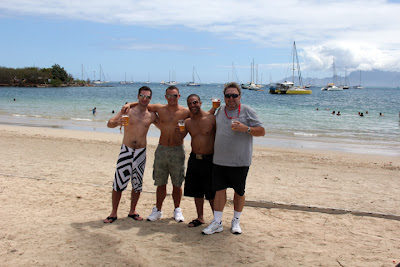 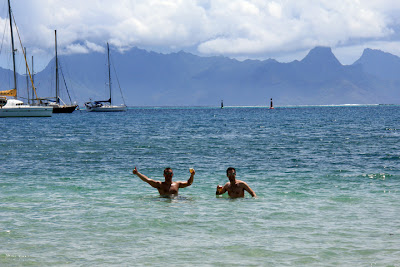 The Boys, the Beach and Beer...James and Irish 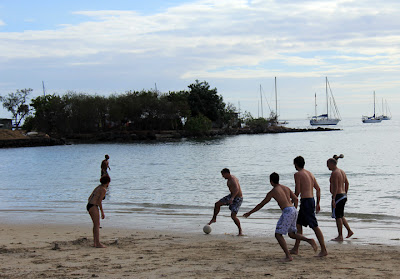 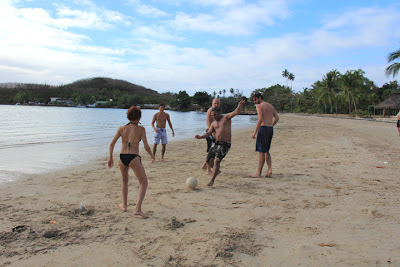 Craig scores...
TIME FOR MYSELF TO SCORE....WITH PICTURES 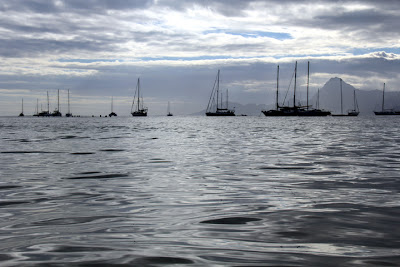 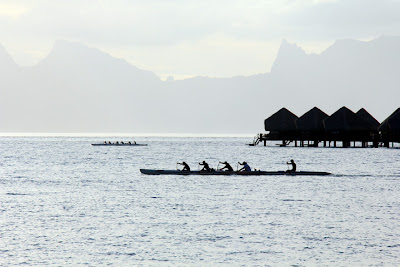 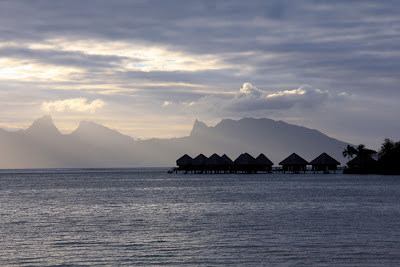 It didn’t seem to matter what you had to eat, a burger to pasta everything was $20 plus. Then to top it off if you wanted a cocktail it was $20 and above too. Even a small place that I would have considered a dive bar in the states that we ran into a few blocks back from the “tourist zone” was still $19 a drink.
I don’t know if this was true on the backside of the island but it was certainly true around the town of Papeete. 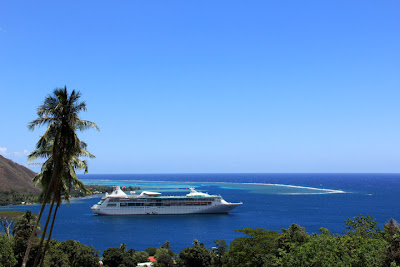 The Rhapsody of the Seas...Moorea
The next day we found ourselves in Moorea. Although still expensive the people of the island were all very nice. I decided to take a tour of the island, which cost me $40 and well worth the price.
The tour took us inland to historical sights, pineapple farms and through the mountains. 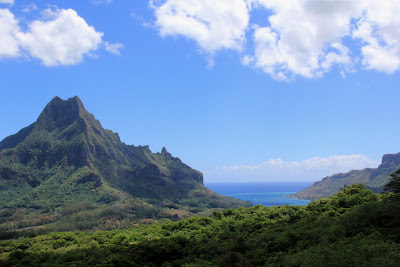 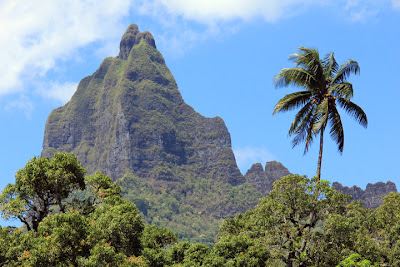 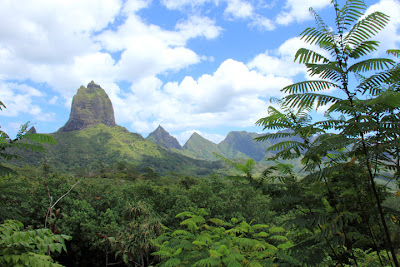 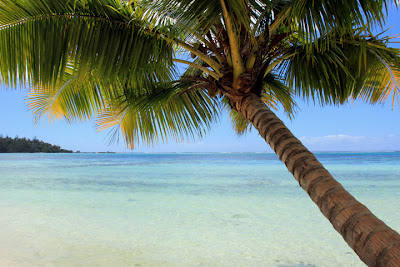 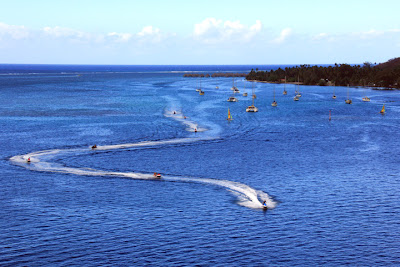 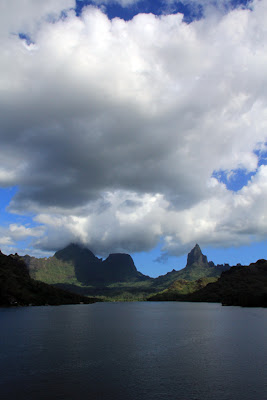 BORA BORA
The last day in French Polynesia was on the island of Bora Bora. At first it looked like it was to rain most of the day. James, Irish (Stephen) and Hadder and myself rented a car for $75 for the day and drove around the entire island. We stopped here and there to take pictures and ended up at Mitira Beach for lunch and the obligatory beer…I mean beers… 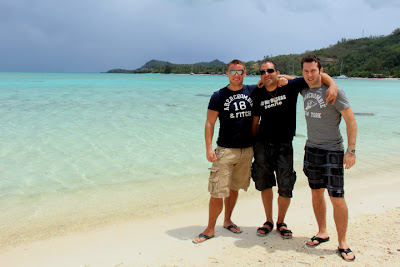 Bora Bora with The Boys
James, Hadder and Irish 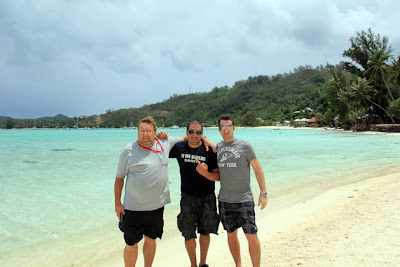 Myself, Hadder and Irish at Mitira Bay 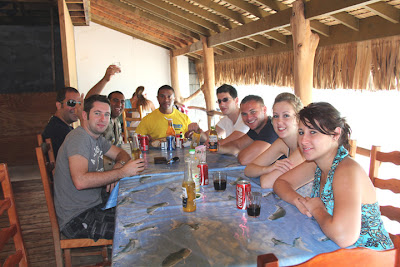 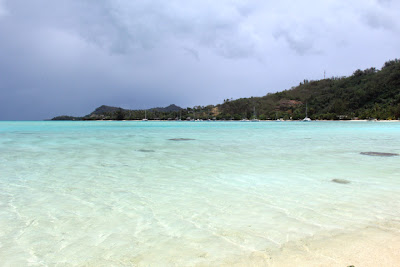 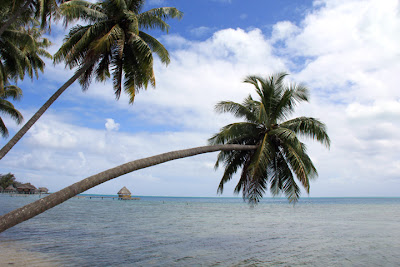 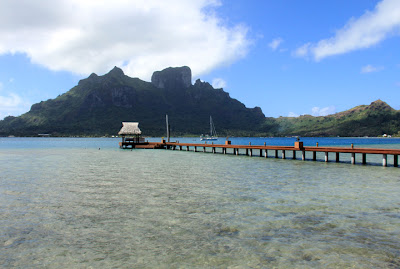 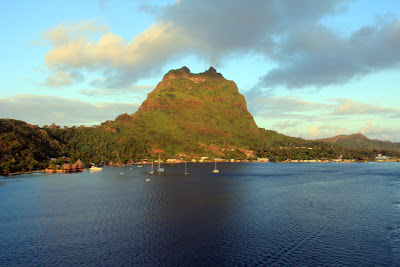 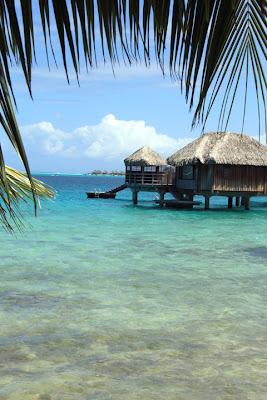 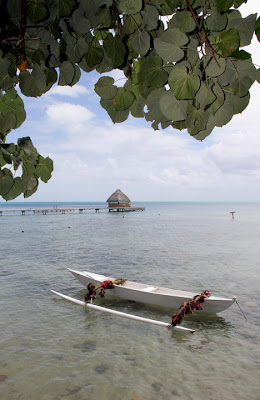 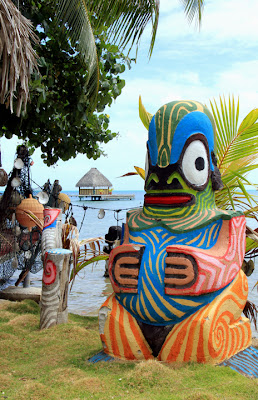 As an overview although it was very expensive I’d go back to Moorea and especially Bora Bora. As far as Tahiti goes I don’t care if I ever go back, the French can keep it and their crappy attitude!!!!
Posted by AcuDocTCM at 7:35 PM