Well this week we went to a couple new places one being Vila, Vanuatu and the other Mystery Island, Vanuatu.
Vila, Vanuatu
James had the day off as well so we headed to town to explore. From the ship it was a $3 taxi ride per person after you told them you would not pay the $10 they were asking. 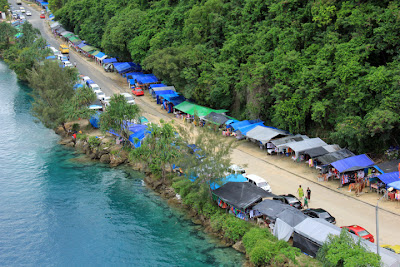 stalls filled with the typical tourist stuff right at the dock.
Vila reminded me a lot of some of the places I’ve been in the Caribbean. It happened to be a rainy day or at least on and off.  It was not a hard rain but enough to muddy the roads. James also commented that it reminded him also of the Caribbean and Jamaica in particular.
One thing we did find is Vanuatu is not nearly as expensive as New Zealand or Australia. This was great news as it has been some time where getting something to eat and/or a beer did not cost you an arm and a leg.
We first stopped at one cafe in hope of getting internet and a descent meal. They did have wifi but it was extremely slow and not worth dealing with although the $4 beers were great.
We also came across an open air market filled with all types of fruits and veggies. Also one the the strangest things we had ever seen...coconut crabs. 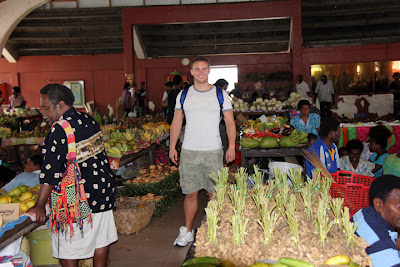 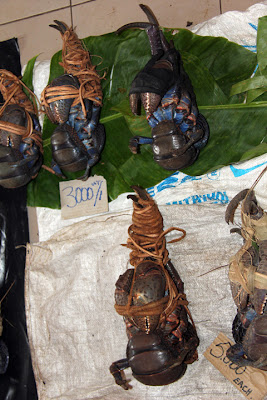 coconut crab!
After looking at a handful of other restaurants we ended up eating at one of the first places we checked out and had a great lamb wrap that included a beer for the lunch special. For both the entire cost was $15.
Next we decided to try and find a place on the water and have a couple more beers. Luckily we were able to do just that. It was a great place, right on the water and ice-cold beers. What made it even better is the beers were only $# and they had a swimming pool…SCORE 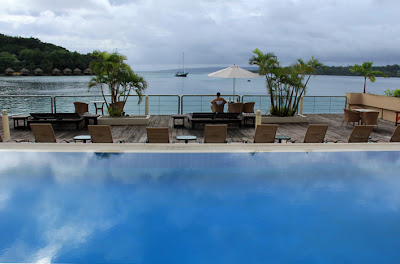 Chillin' in Vila....
After enjoying our beers and the view we headed back to the ship after I made a couple quick stops to pick up a couple presents for my grandkid.
I am looking forward to coming back to Vila to have a couple cold beers, good food at a very reasonable price and to relax in the pool.
MYSTERY ISLAND
Mystery Island is a very small island that in the past has been covered by the occasional tidal wave. It is a tendered port so I was not able to get ashore until noon but it was worth the wait. 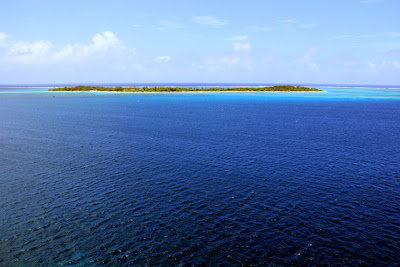 Mystery Island
There is very little to do there other then to shop at some of the stands the natives have erected to sell their wares. Of course much of it is the “tourist” stuff you expect from every port but I was able to find a few presents for my grandkids, a close friend (you know who you are) and a new hat for myself. 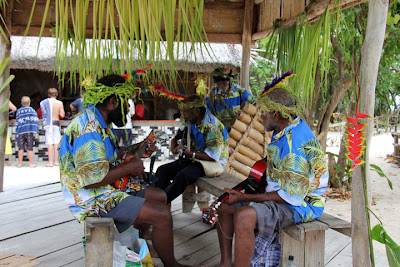 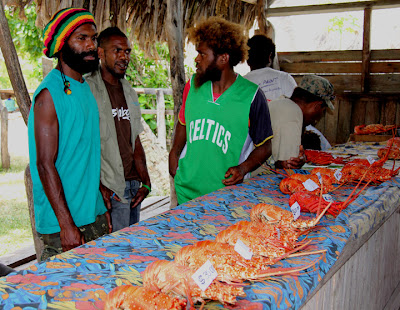 Lobster anyone?
After my shopping spree I took a walk around the island, which can be accomplished in just 2-3 hours if that. Other friends went snorkeling and I was told it was a good place to do so. 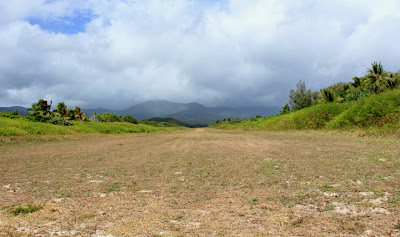 Mystery Island Airport
After my walk I decided to befriend a couple natives and here was the end result…almost the end of me. 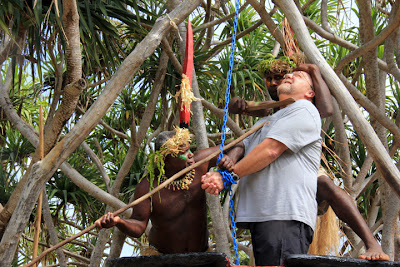 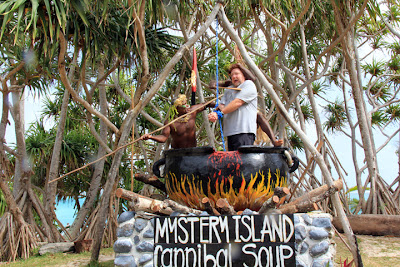 Soups on...
All in all Mystery Island is a great place to kick back, relax, go snorkeling, take a quiet walk or to just sit on the beach. 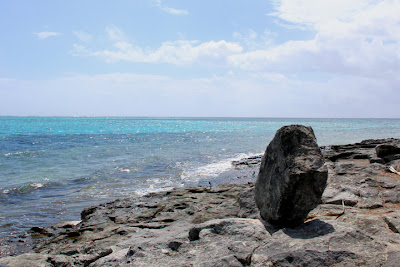 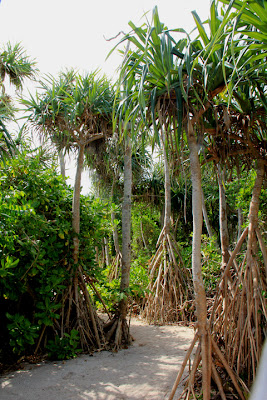 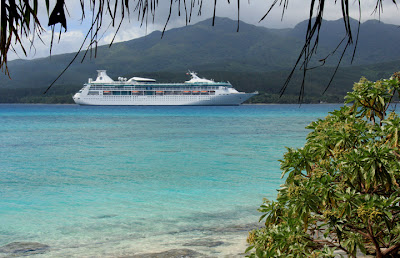 The Rhapsody of Mystery Island
The next cruise is back to Sydney, Airlie Beach, New Castle, Brisbane and an overnight in Cairns. I can’t wait for Cairns as James and I chartered a private guide to fish the Great Barrier Reef and to do a little snorkeling.
Enjoy…
Posted by AcuDocTCM at 4:36 PM