For the last week I have been traveling from Pacific Grove to Laguna Beach and then to Yosemite to visit friends, work on private clients and to see the sights. 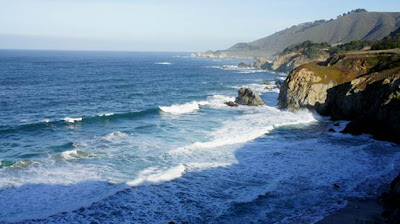 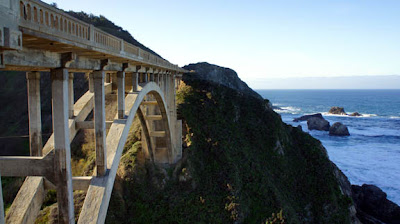 Big Creek Bridge looking south
I started this leg of my travels heading south from the Carmel area through Big Sur along the coast. Hwy 1 follows the winding, rugged coastline through forests, windswept fields and lonely beaches. For those of you that have never made this trip it is absolutely beautiful. I’ve driven this route a handful of times over the years and it never ceases to amaze with its views of the rocky shore and the pristine waters of the Pacific Ocean. 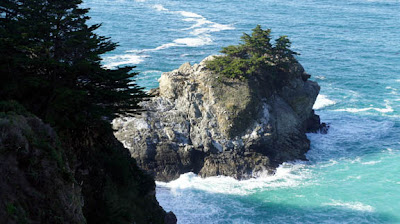 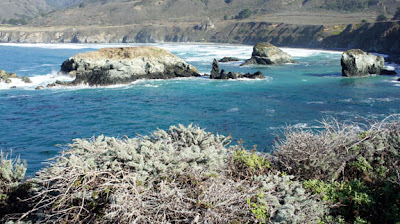 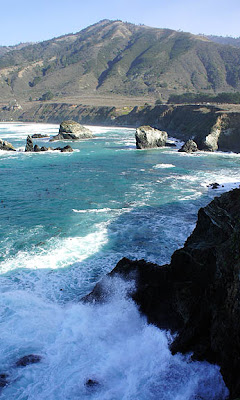 Rugged Coastline
It was an absolutely beautiful day as I drove south from Pacific Grove heading to the Los Angeles area as I had private clients in Hollywood the next day. Along the way I stopped to take hikes to various points and beaches to stretch my legs and to take pictures and watch the whales head south for the winter. 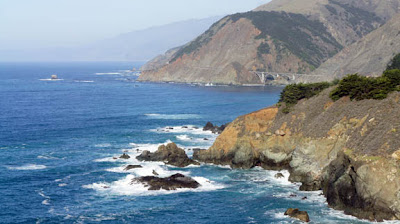 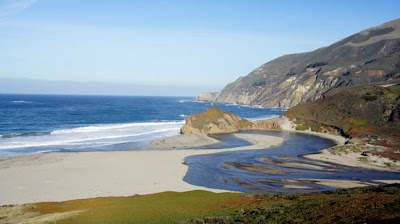 Central California Coast Beach
Just north of San Simeon in the shadow of Hearst Castle lies Piedras Blanca Beach. This beach is known for its colony of elephant seals many well over 2,000 - 4,000 pounds. This time of year it is filled with hundreds of the seals along the beach. It’s birthing seasons, which begins in December so there were many pups here as well enjoying the beach and soaking up the sun. 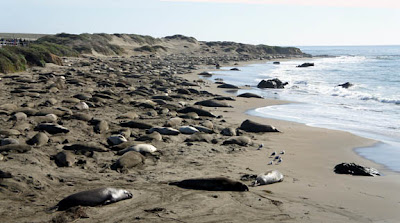 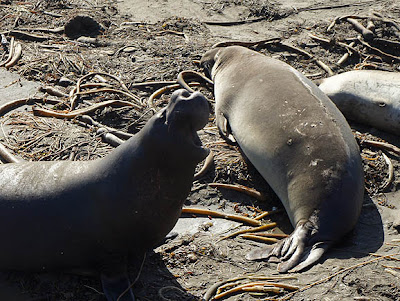 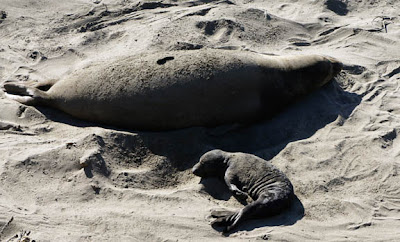 A Mom and Her Pup
The next part of my journey brings me to my hometown, Laguna Beach where I will stay at my brothers for a few days, visit friends and again worked on private clients in the area. 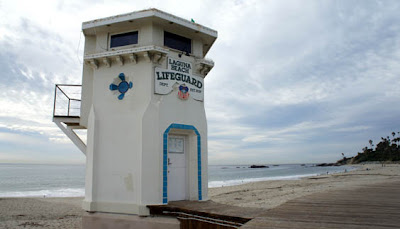 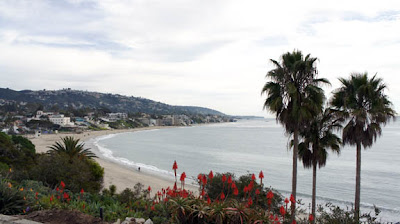 Main Beach and Downtown Laguna
Laguna is a small, for Southern California, beach community of 24,000 people. It is surrounded by a greenbelt and the only way to get to it is to either drive along coast highway from the north or south or through the 10-mile drive through Laguna Canyon. It is known for its art festivals, sandy beaches, rocky coves and Heisler Park that over looks main beach and the downtown area.

View from "Top of the World"

My Alma Mater - LBHS Class of '72
After a few days it was time to leave Laguna and head to Midpines in the Sierra Nevada Mountains to visit a couple friends, Dean and Angie Sberna and their children. I’ll be staying with Dean and his family for a few days as I travel to Yosemite, 30 miles away, for a visit and to photograph Yosemite Valley. Then Dean will drive me to San Francisco where we will play tourist for a night and drop me at the airport the next day for my flight to Florida. 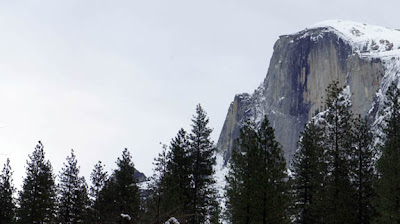 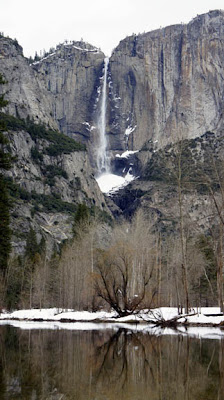 Yosemite Falls and the Merced River from Sentinal Bridge
Dean and I have known each other for 30 years. We met when we lived in Yosemite National Park in 1982 where we were both lift operators at Badger Pass. Dean still works there and for years has been a waiter in the world famous Ahwahnee Hotel. 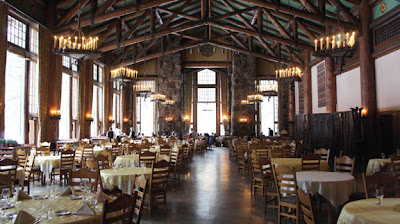 Ahwahnee Hotel dining room where I was a back waiter in '82-'83
A day in Yosemite many times is without equal. It’s been years since I have been there in the winter and I took my time visiting my old haunts and taking photographs. It is also an adventure just photographing Yosemite as the light changes, as does her mood. 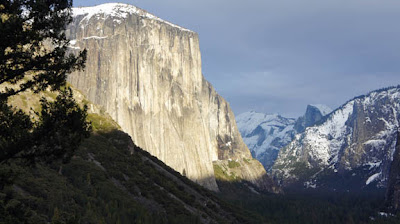 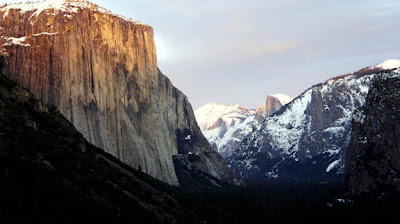 Sunset - what a difference an hour makes
I first came to Yosemite in 1965 with my grandparents. I spent my honeymoon at the Ahwahnee Hotel in 1972, lived there for approximately 3 years in the early 80’s, took my son the in the 90’s and my mother 2006. This summer I have plans to take my grandchildren there for a visit when I get off the ship for a vacation. 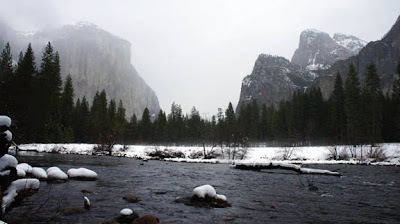 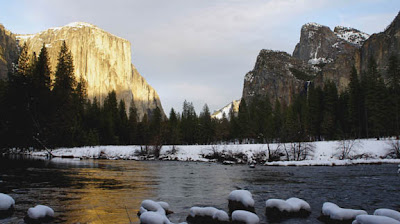 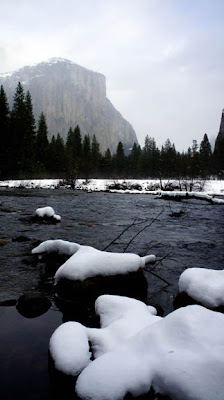 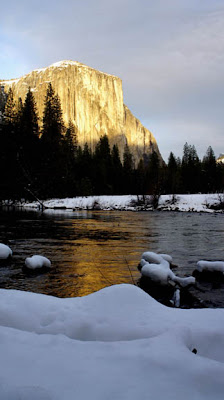 
Again I hope you enjoyed my ramblings about my travels and my photographs. Next stop….Florida!
Posted by AcuDocTCM at 2:00 PM