WELCOME TO THE DOWNUNDER

Well the World Cup is over and we have left New Zealand behind. It’s a Catch 22 as I really liked New Zealand but then again I was really ready for something and some place new…next stop Sydney, Australia.
SYDNEY
When I woke on the first day I found we were moored right next the Sydney Opera House. I’ve seen pictures but to be right next to it is a whole different thing all together. I also on one of my mornings off I took a tour inside the Opera House. I found the tour interesting but more then that the Sydney Opera House is one of the world iconic buildings and how many chances does one have to explore any of the world best known buildings. 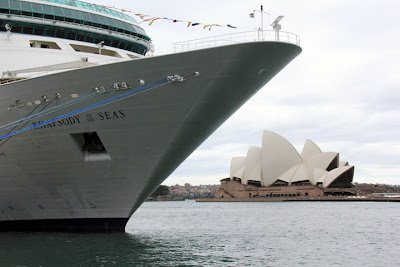 Rhapsody in Sydney...Opera House in the background 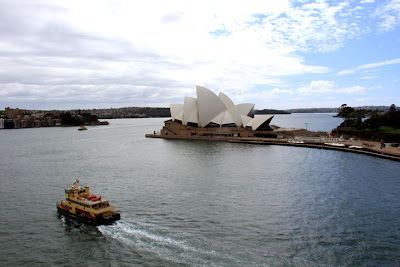 Sydney Opera House from the ship 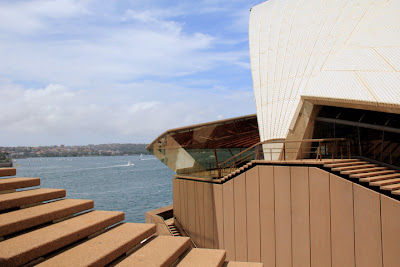 A shot from the tour 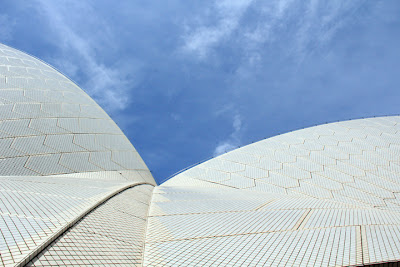 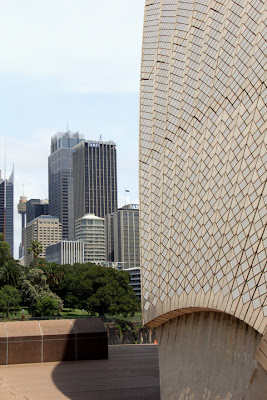 and still another
We are also right next to the Sydney Harbor Bridge and downtown. I’ve had a few hours off here and I’ve found the city very busy and alive. One day I walked through the streets and it was lunchtime on a weekday. 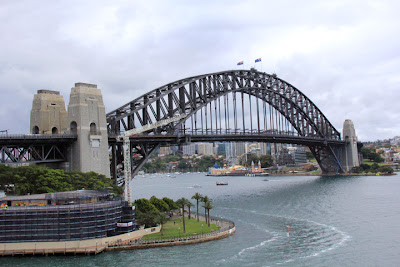 Sydney Harbor Bridge from the ship
Just like cities everywhere I suppose the place was a buzz with young executives hurrying from point a to point be in their suits for appointments and to lunch. It really makes me appreciate the time I spend in the mountains and in Baja where there are very few people.
NOUMEA
Noumea is very much a seaside city. After taking a shipside shuttle into the bus area you are swamped with hawkers trying you to get to go on their tour or bus line into the tourist area of the town. It is $15 for guests and $10 for crew to ride the bus and you can get on and off where every you want. Just like most ports we only have a handful of hours here. 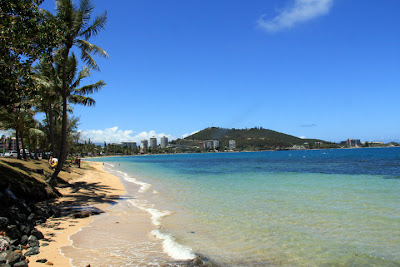 Main Beach in Noumea
Both times I’ve been here I have gone to the main beach area of the town. It is very narrow with grass right up to the sand. I’ve found a great place to eat called. Zimba Juice. They not only have fresh smoothies but a varied menu and one of the best chicken quesadillas I’ve every eaten. Of course being a French town it is very expensive, but not as much as Tahiti. Lunch with a large beer ran $30us.
I also found that you could connect to the internet across the street from the restaurant and sit at a picnic table right on the beach checking your email and catching up with friends. 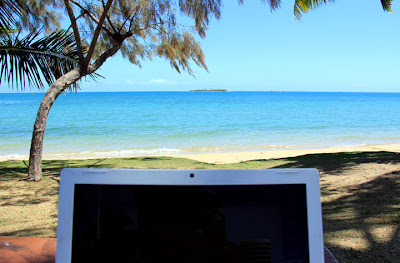 Not a bad place to catch up on things...
There are a number of things to do at the beach in Noumea including windsurfing, kayaking, paddle boarding and a shuttle to near by Duck Island. I’ve have not gone there yet but it looks like it has a great beach. Maybe I should give it a go next time we are there. 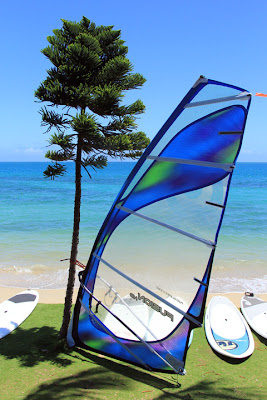 ISLE OF PINES
Isle of Pines is absolutely beautiful and has one of the most beautiful beaches I have ever visited. There is not much to do there other then go to the beach and swim in the warm waters. At least if is convenient and only a few minutes walk from the tendering dock. There is a restaurant that opens at noon. Other then that there are a few stand to buy gifts as well as a place to buy grill chicken and another for lobster at $20 which a friend told me was okay, not cleaned properly and really not worth the price. 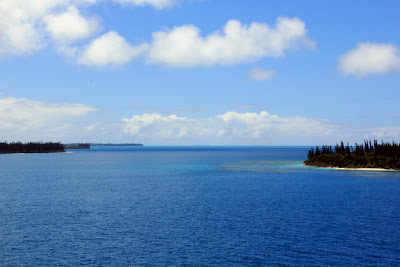 cruising in the Isle of Pines 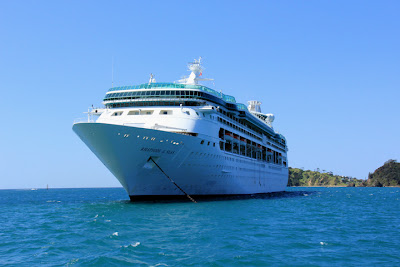 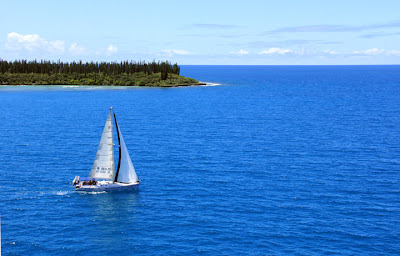 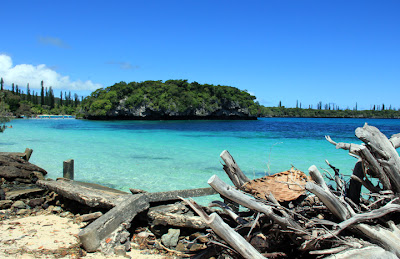 On the way to the beach, minutes from the ships 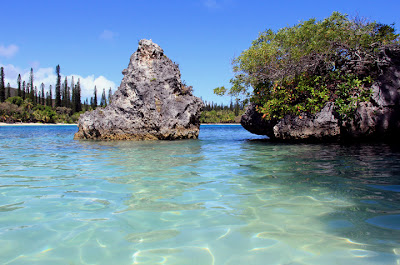 hard to beat this... 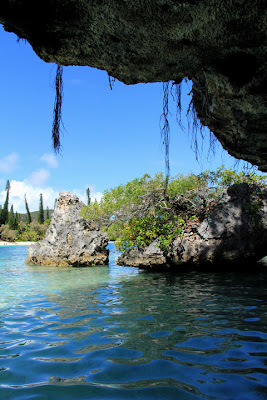 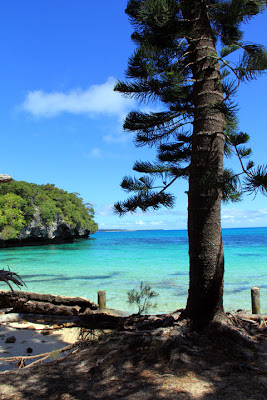 or this!!!
I did however take a tour into the village. It was hard to even tell it was there though there were a handful of buildings including a church. 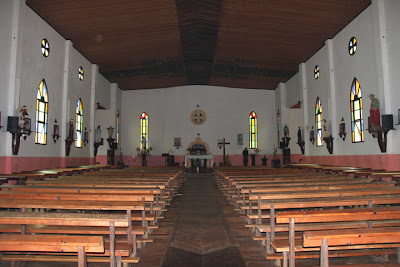 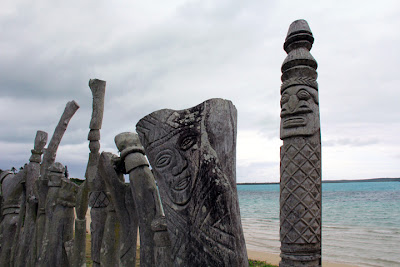 fence in the village 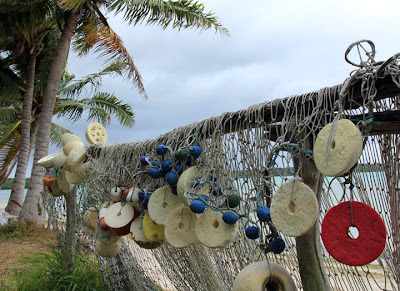 fishermans nets
We also passed a shine of Christ surrounded by native totems. Once again showing how the Christians pushed their religion on every culture…and continue to do to this day. 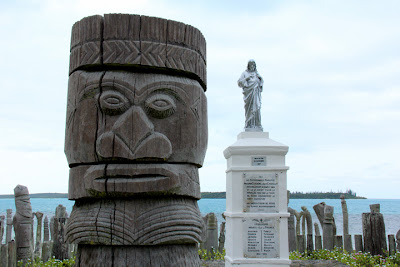 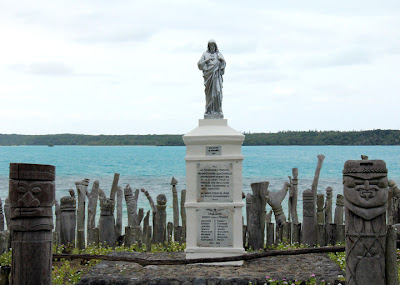 Posted by AcuDocTCM at 9:53 PM